Alex’s current responsibility at GHC is to design the foundation plans for all steel frame buildings which are manufactured by Graham Heath Construction at their Cheshire-based site. Since the start of his role at GHC, Alex has proved he’s extremely talented in his role and is now celebrating the arrival of his first building! 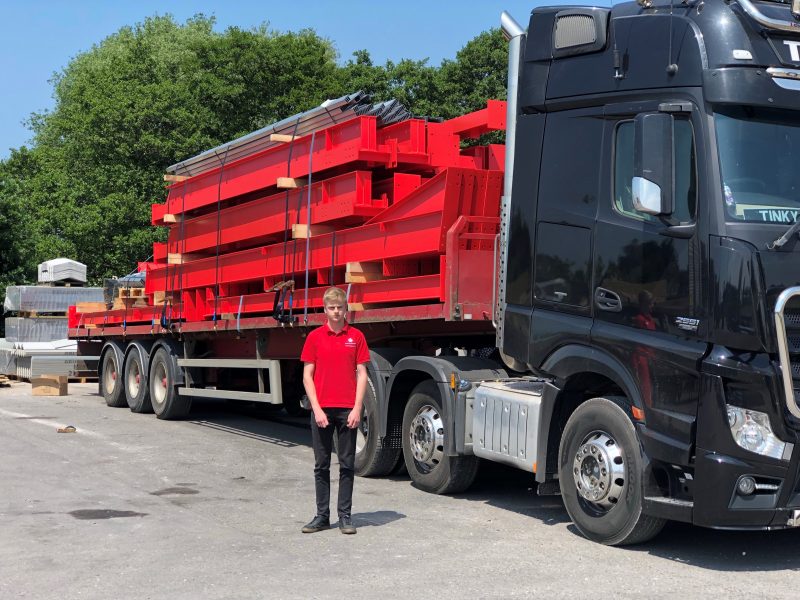 Speaking about Alex’s progress on the programme and his first build, Paul Hanson, General Manager, said: “Since joining us back in June 2017, Alex has become an integral part of the drawing team. In February 2018 he was moved up from being a Trainee Draughtsman on an apprentice programme, to actually drawing buildings which would then go on to be built and delivered like today. His enthusiasm is so strong and his willingness to learn is a rarity in young people these days.”

Following on, Alex had his say on the delivery of his first build: “This is a very special moment for me. Seeing it evolve from paper to steel gives me an enormous sense of achievement and it is very rewarding to see all my hard work and efforts be realised in actual form. I take great pride in my work and am very grateful to be part of the design and compilation of these plans and look forward to future works for the Company.”

The team at Graham Heath Construction are very pleased for Alex and the success of his first build, and look forward to the continued value his work will bring to the company